We have finished up Brian’s six month bout of care yesterday. Because of his blisters he still was unable to have PT until Monday, and then the therapy had to be very limited to not brush against the blisters. Steve had them all covered but we still had to be careful and so therefore he was not able to get on any of the specialized equipment. We were all a little disappointed.

On some positive notes, during his end of care evaluation he did show that he had gained back the movement in his arms that had decreased during his evaluation at the beginning of care. I think he was just very tired that day and his muscles were not working as hard as usual.   His left arm is still stronger than his right but his right arm has made gains since our November session.  He has gotten 58° shoulder abduction and his elbow flexion is now at 123° on the left side. They measured some finger extensions on their new machine and he has 6% extension and 58% flexion in his left hand.  His fingers are consistently firing. His regular therapist was not available for his discharge evaluation for PT, so he had another therapist.  There didn’t seem to be my loss of range of movement but that measurement is more subjective, so we will have to wait until October for verification.

His blisters have all popped on his leg and are healing nicely. Steve is still wrapping it to keep it clean because we don’t want to see any infections coming. He continues to put the silver sulfadiazene cream on it.

Brian was supposed to have an MRI today but when we got to the hospital, they were backed up and we had to reschedule his appointment at the end of May. We still haven’t heard from his caseworker about someone to help us when Steve has his surgery. I’m trying to stay on top of all of these appointments and arrangements to make for both Brian and Steve.

Please keep us all in prayer this month as we go through some rough spots. 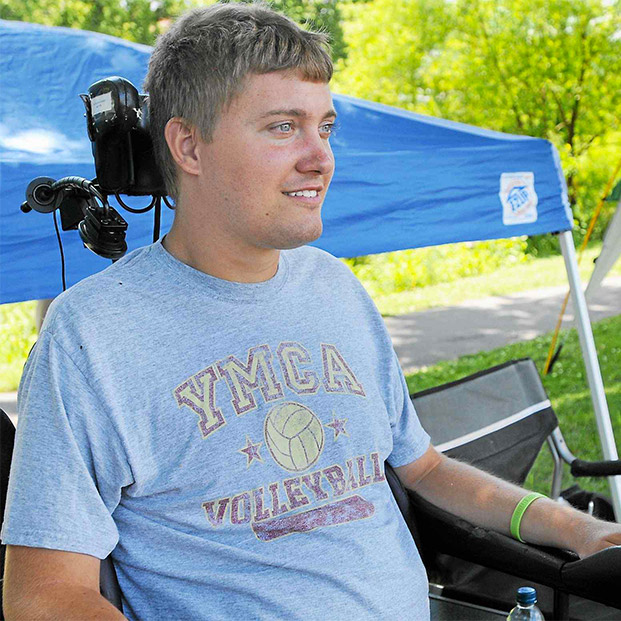